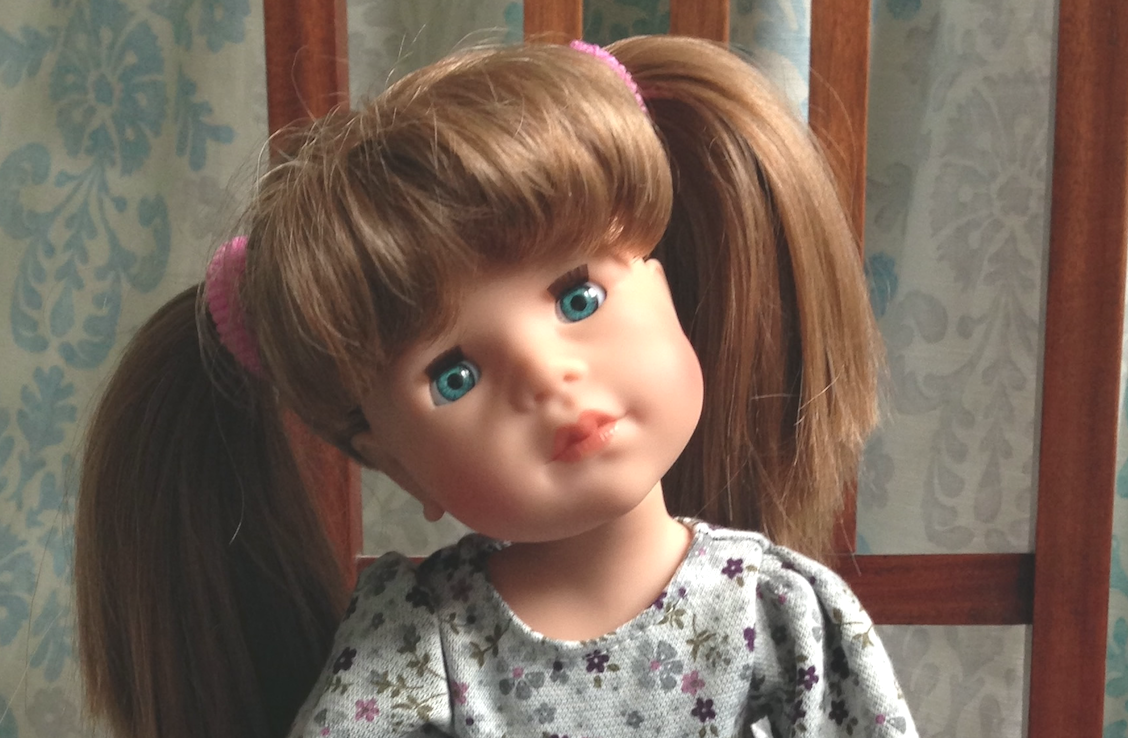 It’s official that these little Schildkrot dolls are just plain gorgeous! Those of you on facebook will have seen some of these pictures already. It’s not very often that we receive dolls that have such an appeal but these little dolls have really tugged at my heart strings. Everyone I have shown them to as well have reacted in the same way, so placing an order was not a difficult decision to make.

They are made completely in Germany by a long established company that began making dolls in 1896 following the invention of celluloid. The company is called Schildkrot, meaning ‘turtle’ and all the dolls have a logo on the back of their heads showing the turtle trademark. The dolls are very well known in Germany for their tradition and quality. I first came across the company when visiting the Nuremburg Toy Fair in 2011. The stand was huge and covered in many beautifully made collectors dolls with a section of play dolls. At the time they all looked very traditional, some were very old fashioned, and the clothes the dolls wore did not look appealing to the UK market. After our visit we received a catalogue which I have regularly returned to and looked at and considered, over and over again.

This year, we didn’t go to Nuremberg so we were not aware of the changes going on at Schildkrot, so while exploring their website to see what was new I came across the Schildkrot dolls with joints and sleeping eyes. I could not believe it and contacted Schildkroet immediately to obtain samples before placing an order. As soon as they arrived I realised that these dolls were very special and unique. Their faces are very pretty and we do love that their eyes close – little girls love this. Their hair is rooted rather than a wig, which is great, as wigs create more problems than anything else at Petalina. But, the most amazing thing about them are the joints. Unlike any other make of jointed dolls, when you move the arms to where you want them, they stay there (well mostly) and don’t just ping back to a slightly bent position! The legs aren’t quite so flexible (to get the shape of the hip right you can’t have a really flexible joint in there), but the knees do stay bent when you want them to. The head is also divine because it will tilt and turn and this gives the doll a very realistic appearance. I also haven’t come across a doll that is quite so easy to just plonk down and sit up without having to fiddle about positioning limbs. I hope you can see in some of the photos just how flexible and posable these dolls are. I had such fun taking them!

Not only are the dolls gorgeous but so are the clothes. The dolls clothes made by Schildkrot from my experience are very good quality, with really lovely fabric used and the finish is perfect. They use velcro to fasten and are cut slightly on the large side so that they are easy for little hands to put on and remove from the dolls without assistance. Being a shoe fan, I am also really impressed with the quality of the shoes and boots that these little dolls wear. Stunning.

So there are 3 dolls in the range with blonde, mid brown and auburn hair. They certainly need some names as they have such character and I would be very open to your suggestions. So far the blonde one looks like an Amy, the mid brown one could be a Charlotte or Lottie, and the auburn one perhaps a Katie. What do you think? I’ll use those for now.

In terms of what age children the dolls are suitable for, I would say from age 5 up. Girls of this age will appreciate that the dolls are quite grown up looking and will have the dexterity to move the joints and dress the dolls very easily. The dolls are also quite slim in the body so not very todder like and being all vinyl they aren’t cuddly which very young children prefer. However, being 43cm, so smaller than the common 18″ or 46cm dolls, they are easier to carry around.

These little dolls were gorgeous but after a couple of years and changes of outfits, the dolls were discontinued by Schildkrot. 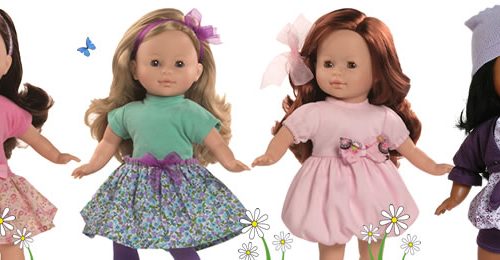 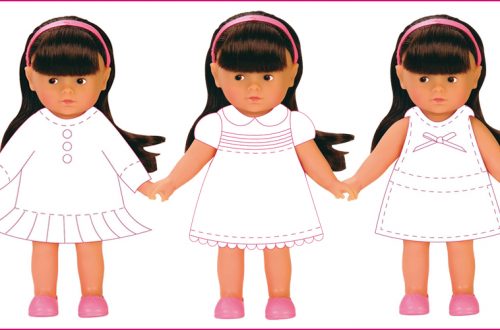 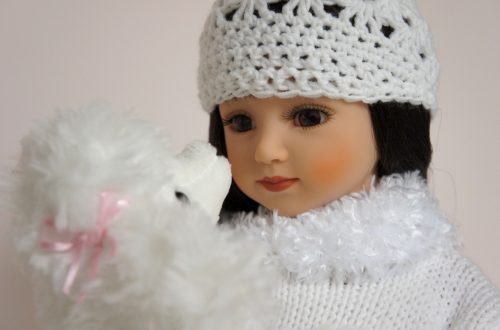 Maru and Friends have arrived!